Forget Flying Cars, It's About The People 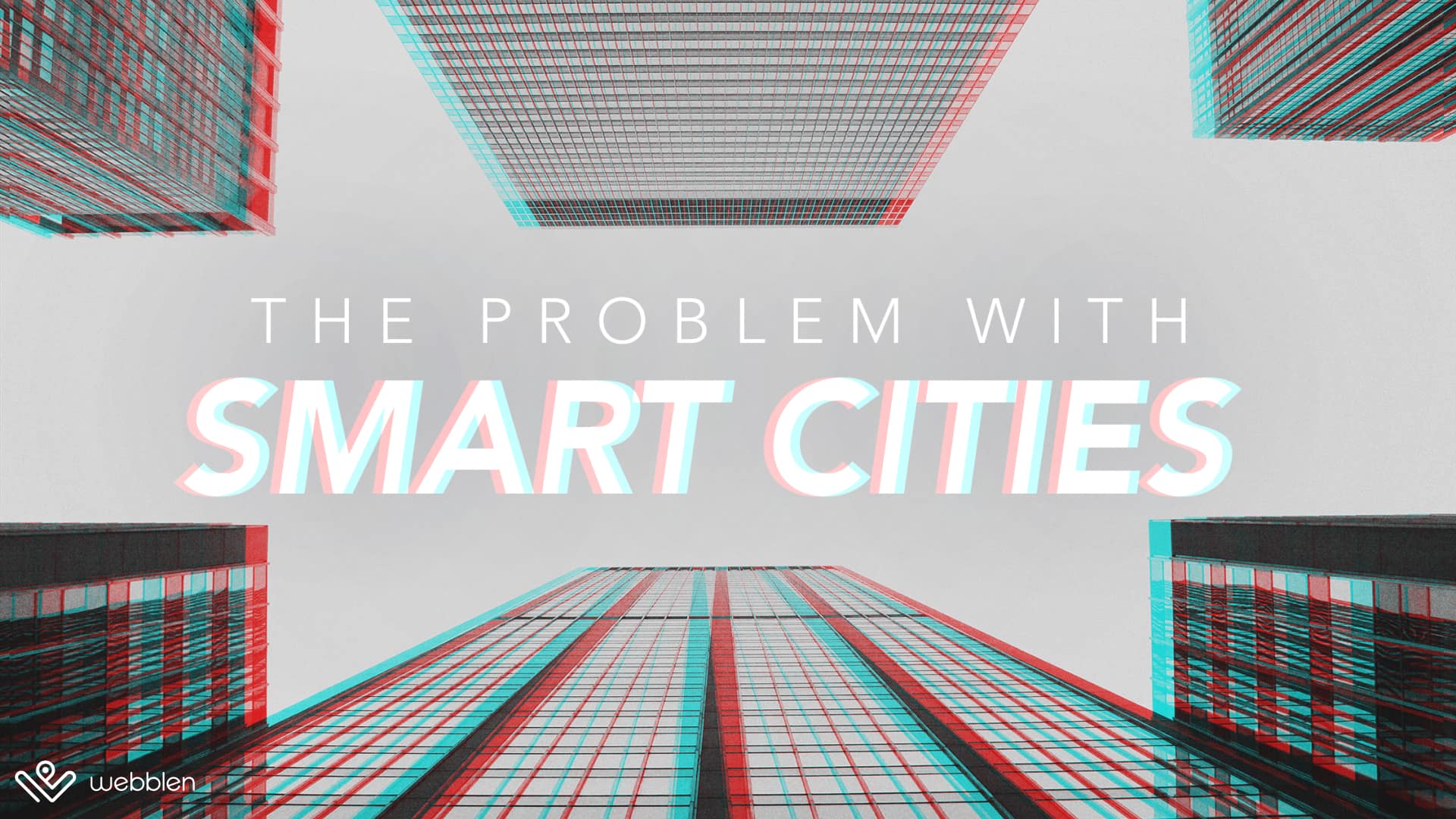 Municipalities have failed to deliver the life-changing benefits that smart city initiatives promised. Their goal was to introduce technology with the hope of benefiting the people of their city. But…they forgot about the people.

The “smart city” phenomenon began when local governments around the world rushed to adopt emerging technologies in an attempt to make their cities efficient, safer, and more connected than ever before. By leveraging internet of things technology, local leaders hoped to use a massive fleet of data-collecting sensors and innovative technological gadgets to make more informed decisions for the benefit of the people.

While there’s no agreed-upon definition of what a “smart city” is, Mayors from major metro cities across the nation outlined their smart city goals…

“...[it] designs and implements solutions for efficient use of time, resources, and energy — improving city processes and quality of life for residents.” - Phoenix Mayor, Kate Gallego

Do you notice a trend? Every city official from the above examples stated that they are making an investment for the people of their city. Sounds nice – but it’s not happening.

For over a decade now, the promise of futuristic cities built with incredible efficiency and data-driven decision-making has eluded communities across the nation. Blinded by the newest shiny technology, along with an onslaught from SaaS and tech companies, local community leaders have forgotten who they were doing it all for. They have been busy spending millions on wifi-capable street lights while leaving behind the people “smart cities” were supposed to be built for.

However, the existing “smart city” approach isn’t all just wasted tax dollars and empty promises of flying cars. This initiative, in conjunction with the pandemic, has exposed deep-rooted societal challenges that can’t be fixed with the implementation of traffic monitoring sensors or by the adoption of autonomous transportation.

Smart Cities shouldn’t be focused on some futuristic perception of what decision-makers want, Smart Initiatives should be prioritizing what people need.

According to data from the most recent census survey, nearly a quarter of American households or 27.6 million homes are without internet. This lack of reliable or affordable internet access typically affects those living in lower-income and rural communities. Without accessibility, 1 in 4 homes are disconnected. Disconnected from relevant community informational posts. Disconnected from online job opportunities. Disconnected from educational platforms. Disconnected from the digital world, that many of us have become so reliant upon and take for granted.

Being digitally disconnected from the rest of the world is a huge disadvantage for millions of Americans, and smart city initiatives are making it worse. As community leaders make the smart city push, those without access to advanced technologies are pushed further behind the rest.  A community-wide commitment to provide accessibility is “Smart”.

Large segments of our local communities don’t have a voice or say in the problems that they are directly impacted by. People want to be involved. Engagement builds trust, and open dialogue leads to participation. People want to be included in exploring and enacting potential solutions. When people are engaged by local policymakers and are incorporated in the problem-solving process, they will accept responsibility and take accountability for improving their community.

Unfortunately, smart cities have neglected to use the groundbreaking technology available to them to bring the disenfranchised members of society back into the fold. If anything, the adoption of advanced technology has pushed people even further to the fringes. A community-wide commitment to encourage more engagement is “Smart”.

Oftentimes equity is confused with equality. It’s one thing to treat and respect everyone equally- which we all should commit to. But, it’s entirely different to recognize that we do not all start from the same place and must acknowledge and make adjustments to address societal imbalances.

If community leaders are unwilling to engage ALL members of their community to identify the root causes of core issues at the neighborhood level, it’s impossible to align stakeholder capacity to develop and implement necessary solutions that spur equitable outcomes. A community-wide commitment to improving equity is “Smart”.‍

The evidence is clear: smart cities don’t work to the advantage of everyone. Mayors representing millions of people neglected to recognize the needs of the people. Instead, they prioritized headlines, snazzy technology, and a misguided dream of becoming a “smart city.” All while leaving the people behind.

This isn’t to say that technology has no role in the future of our communities. It absolutely does! We just need to realign our priorities to make smart cities work for all of us.

The implementation and utilization of technology within a community has to be deliberate, with an engaged approach, to improve equity and solve problems for everyone living in the community. As the City of Boston states in their Smart City Playbook “Our goal is to create a City-wide strategy for the use of sensor technologies. It should be people-centered, problem-driven, and responsible.”

Webblen’s approach is different. Rather than slapping a wifi-router and calling it “smart” we exist to revolutionize the way community members interact with each other and with their city. With the power of economic incentives and improved communication channels, Webblen turns community stakeholders into shareholders.

For mayors and city officials to accomplish their goals  “to improve efficiency and help deliver better service to its residents” they first need to engage with and communicate with their people, to best understand their needs.

The Webblen team takes this need seriously. That’s why we are developing a “Community Dashboard” for city officials in communities of all sizes to deeply understand the needs of the people and communicate with them directly.

With the dashboard, our partner cities are able to see key metrics related to the health of their community. The measurable Key Performance Indicators (KPIs) include community sentiment, environmental impact, economic health, and more.

These KPIs are also publicly available for community members to see through the Webblen mobile app. The data enables community members to take action on their own. By default, users are financially rewarded for creating positive changes in their community. In short, if people are dissatisfied with the KPIs, they get paid for taking action.

The dashboard enables municipalities to directly communicate with the people of their city through surveys and PSAs. Through the Webblen mobile app community members can directly vote on any issue and have full visibility into the activities of the municipality.‍

Municipalities have failed to deliver the life-changing benefits that smart city initiatives promised. Their goal was to introduce technology with the hope of benefiting the people of their city.

But…they forgot about the people.

Rather than making the lives of their citizens better, smart city technology has further exasperated existing problems.

It's time for a change.

Webblen’s approach starts with the people. By enabling direct communication and input from the community, municipalities can make more informed decisions for the direct benefit of the people. A “Smarter” approach.

If you are a community that is ready to put the people at the center of your smart city agenda, reach out to Tim Sandwisch at tim@webblen.com

Webblen is a decentralized platform that rewards community engagement and positive social behavior to build vibrant, sustainable, and involved local communities. Community members are rewarded with the WBLN token for engaging in local events and media which can be traded for local goods and services or other currencies. Businesses and governments are empowered to directly engage with members of the community and mobilize them to accomplish community objectives. Webblen is on a mission to build involved communities while frictionlessly bringing the power of cryptocurrency and blockchain to the masses. www.webblen.io

#SmartCities, #SocialIssues, #Web3, #Government, #Municipality
Ready to
Make an Impact?
You're all set click the link and make an impact!
Get Started
Oops! Something went wrong while submitting the form.
More for you
Webblen Partners With Verida so Users Can Own Their Data
Why ESG Matters For Small Business
Forget Flying Cars, It's About The People